Speak up (literally) for the Boundary Waters

Right now, you have an incredible opportunity to protect the Boundary Waters from toxic copper-sulfide mining.

Months ago, the federal government made a bombshell announcement: It was moving to implement a 20-year moratorium on sulfide mining on over 225,000 acres of land surrounding the BWCA.

Before they do so, they need to hear from you.

The U.S. Forest Service will hold three public meetings in which you can let officials know about your love for the Boundary Waters and why this national treasure needs to be protected from copper-sulfide mining, the most polluting industry on the planet.

To speak and participate at one of these three meetings, please click on the date and time below to register for the session that best fits your schedule. Hurry! Space is limited and you must register at least 48 hours before each session!

If you have further questions, contact our Outreach Coordinator, Maya Swope, at maya@friends-bwca.org

7 important reasons to protect the BWCA

At one of these public hearings, you may have the chance to tell the U.S. Forest Service why allowing copper-sulfide mining near the Boundary Waters is such a dangerous idea.

Along with sharing your personal connection to the wilderness, here are seven important points you may wish to consider:

1. The process has been corrupted by special interests

In 2016, the U.S. Forest Service did not consent to renew the leases.

The reason was that it was too great of a risk. A copper-sulfide mine next to the Boundary Waters could cause irreparable harm to a fragile and unique ecosystem. The leases were allowed to expire in 2016.

Shortly after this, Trump came into office and Antofagasta began a full-court press to lobby the administration and reinstate and renew the leases. Most notoriously, the billionaire owner of Antofagasta bought a mansion in Washington DC and rented it to Jared and Ivanka Trump.

By reviving and renewing the leases, the administration rolled out the red carpet for a foreign-owned corporation, and disguised their illegal actions in a convoluted legal “interpretation.”

2. We need water more than we need copper

Water is our most precious natural resource and northern Minnesota is home to an abundant amount of clean water, which is becoming increasingly rare in the world.

With major droughts sending parts of the country into a fresh water crisis, it’s more important than ever to protect our clean water, not risk it to a toxic industry.

3. Copper mining is an environmental disaster waiting to happen

Copper-sulfide mining has a near perfect record of polluting surrounding water systems.

The mine would produce sulfuric acid, which is the same as battery acid. It’s all but guaranteed that acid mine drainage would leak into the surrounding water systems and spread throughout the BWCA, contaminating some of the cleanest fresh water in the country.

Simply put, given the history of copper mining, what we know about the process and all scientific evidence, clean water and copper-sulfide mining do not go together.

4. Copper Mining has never been done in Minnesota

While Minnesota has a long history of iron mining, no copper-sulfide mine has ever opened in the state.

5. Twin Metals would be bad for the economy

Mining is tied to a precarious boom-bust cycles that result in an unstable economic situation.

Especially because of the low-grade ore and the expense of extracting it, any jobs created by Twin Metals would be vulnerable in there were even a slight downturn in the market.

Research by a Harvard economist, who studied numerous possible scenarios, concluded that in almost every case, mining in the BWCA watershed would hurt the sustainable wilderness economy that depends on the BWCA and hurt the region’s economy in the long run.

6. The need to get copper from the region is grossly overstated

Twin Metals likes to tout that their dangerous mine proposal is needed to build the green economy and lead the United States to a kind of resource independence.

The fact is, Twin Metals is owned by a Chilean-based mining conglomerate, Antofagasta. The metals they mine would be traded and sold on an international market, likely to China and other major consumers. Further, Twin Metals would not be a vital source of any of the metals they produce.

They would tap into an ore body is very poor grade, and even at peak production, Twin Metals would produce 0.27% of the global copper supply. Also, in the past two decades, US copper consumption has decreased by 48%. Basically, the world does not need to risk the Boundary Waters in exchange for a relatively small amount of copper and nickel

7. The BWCA is a national treasure

This is self-evident to anyone who has been there. Feel free to express what you find to be so special about this special place! The Boundary Waters is 1.1 million acres of lakes, rivers and boreal forest. With over 150,000 visitors each year, it is the most visited Wilderness Area in the United States.

REGISTER FOR ONE OF THE LISTENING SESSIONS NOW!

The Most Important Thing You Can Do for the Boundary Waters: Become a Clean Water Delegate

Becoming a delegate is one of the most impactful things you can do to make politicians protect the Boundary Waters. 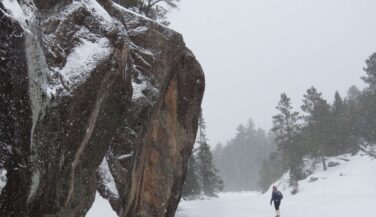