Illegal actions are clearing the way for mining near the BWCA

According to a recently amended lawsuit, two congressional representatives, Pete Stauber and Tom Emmer from Minnesota exerted undue pressure on the U.S. Forest Service, resulting in the agency failing to fulfill its statutory responsibility to protect the Boundary Waters, and clearing the way for a controversial copper-sulfide mining project near the Boundary Waters Canoe Area Wilderness.

The legal challenges centers around two expired mineral leases held by the Chilean-owned mining company Twin Metals, that were revived and renewed by the Trump administration. The lawsuit argues that renewing these leases was arbitrary, capricious and illegal.

As described in the amended complaint, staff for Congressmen Pete Stauber (R-MN 08) and Tom Emmer (R-MN 06), both outspoken allies of Twin Metals, lobbied the Forest Service to withhold any concerns or stipulations that might make it more difficult for Twin Metals to move forward with opening its mine. The pressure Congressmen Stauber and Emmer exerted resulted in the Forest Service curtailing its authority, which undermined the agency’s legal obligation to protect surface resources, minimize the environmental impacts associated with mining, and maintain the wilderness character and quality of the Boundary Waters.

“Clear and simple, Congressmen Stauber and Emmer pressured the Forest Service to break the law and forfeit its ability to protect the Boundary Waters,” said Chris Knopf, executive director of Friends of the Boundary Waters Wilderness, one of the plaintiffs in the case. “The Forest Service, which had voiced grave concerns over the proposed copper-sulfide mine in the past, was pressured into submission, shirking its responsibility and furthered the interests of a foreign-owned mining company.”

Putting their finger on the scales

Freedom of Information Act (FOIA) requests have revealed that Antofagasta, the Chilean conglomerate that owns Twin Metals, lobbied regulatory agencies to set the scope of the regulatory process in ways that circumvented the law.

In the same lawsuit that alleges undue political pressure, Friends of the Boundary Waters Wilderness and its partners argue that the Trump administration illegally renewed Twin Metals leases after conducting an improper and watered-down environmental review, violating the National Environmental Policy Act (NEPA).

The leases should have been assessed by an Environmental Impact Statement (EIS), which is an extensive, in-depth study required for any action that would significantly impact the human environment. Instead, they completed an Environmental Assessment (EA), which merely looks at the potential for major environmental impacts, and in this case did not consider ways to reduce pollution or evaluate the impacts of Twin Metals’ proposed mine.

Documents obtained through a FOIA request revealed that Twin Metals representatives lobbied Trump administration officials to skip an environmental review altogether, through a Categorical Exclusion. Knowing such an exemption was a stretch, lobbyist said that it would settle for a “limited EA” instead.

“This was what Twin Metals wanted: A toothless environmental review and allies in the top level of government that are all-too willing to help them cut corners and get around laws designed to protection our environment,” says Knopf. “There is a clear record of the industry setting the agenda. Instead of working for people, members of Congress have gone to work for Chilean-owned conglomerate, helping them to cut regulatory corners and even break the law.” 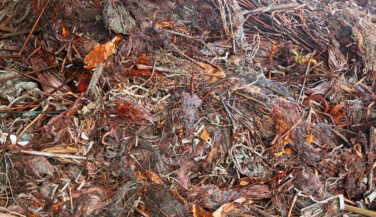 Contrary to misleading statements, we are not running out of copper and do not need sulfide mining near the Boundary… 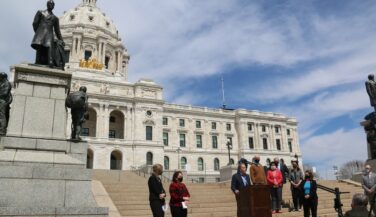 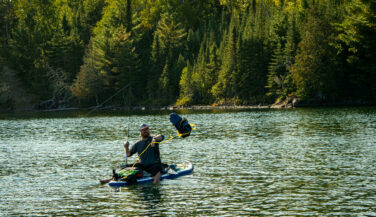 See the BWCA on a Stand Up Paddleboard

The Boundary Waters is a magical place to experience and seeing it all on a stand up paddleboard (SUP). Here's…