The World Doesn’t Need Copper-Sulfide Mining Near the BWCA

The world depends on copper, But do we need another copper mine?

It’s likely that you’re reading this on a computer, a phone or some sort of device that’s loaded with copper. From the lights in your home, to the pipes under your sink, and the renewable energy we so badly need, it all relies on copper.

Try to go a day without using anything that has copper in it.

For those of us who oppose copper-sulfide mining near the Boundary Waters, it can be especially troubling to think about how much copper is in our lives. This leads to a question:

Is it hypocritical to oppose copper mining yet still be utterly reliant on copper?

We hear this argument quite a bit from those who support sulfide mining. Copper is part of our lives, so much that according to the U.S. Geological Survey, every American born in 2008 will use 1,309 pounds of copper during their lifetime.  That’s a lot.

Though we may consume a huge amount of copper, we are not running out of copper. The world has decades worth of copper on reserve. There is no urgent need to open a new mine that would pollute Minnesota’s pristine waters for hundreds of years.

Mining near the BWCA is unnecessary

We acknowledge that copper is increasingly important in our modern world, however, no one is waiting for PolyMet or Twin Metals to open.

The fact is, the copper these mines would produce would be a drop in the bucket. According to Twin Metals’ Mine Plan of Operation, the mine would produce 50,405 tons of copper each year.

Sounds like a lot, but in the grand scheme of things, it isn’t.

Globally, the annual production of copper is 20 million tons. This means that in ideal conditions, if everything went as planned (which is a big “if”) Twin Metals would produce about .27 percent of annual global supply of copper.

The Copper Alliance, an organization of the copper mining industry, estimates that with the current rate of demand, the world has a 46-year reserve of copper. Simply put, reserves are sites of potential mines, where “deposits that have been discovered, evaluated and assessed to be profitable.” PolyMet and Twin Metals make up a sliver of these reserves and would not, in any significant way, affect the supply chain.

And yet, those who want to open copper-sulfide mines in northeastern Minnesota maintain that even though it may not be essential to mine copper from Minnesota, the world still needs more copper. More mines have to open, somewhere.

This is partially true. But more than new mines, we need better copper recycling programs.

Copper is one of the most reusable, recyclable materials on the planet. You can bend it, smelt it, repurpose it thousands of times and it still retains the properties, such as conductivity, that makes it such a sought after commodity.

This makes copper among the best materials to recycle.

While the phones, hot water heaters, refrigerators and so much more that rely on copper don’t last forever, they contain plenty of perfectly reusable copper.

A recent study has shown that so-called “urban mining,” the extraction of metals such as copper and gold from e-waste is not only an effective way to manage these growing waste streams, but is more cost effective than virgin mining.

That is, it’s cheaper to extract copper from the televisions people throw away than it is to open a mine and extract it from the earth.

Researchers found that with the right systems in place, it would be 13 times cheaper to mine copper from e-waste than open up a new copper mine.

That being said, it’s important to note that recycling e-waste is far from perfect. In fact, right now it’s riddled with abuses. The main issue is that e-waste is often shipped over seas, to developing countries where hazardous materials and unsafe conditions expose workers to toxins and poisons that are in e-waste.

Organizations, like Basel Action Network are working to define and implement transparent and effective recycling practices that benefit people and the environment.

While the current state of recycling is far from a perfect, this is a much more viable path forward. Many recyclers are adopting responsible practices that are good for the environment, good for people and profitable. Until such practices become policy, you can find responsible recyclers here.

We need copper but not these mines

This brings us back to the original concern: Is it hypocritical to depend on copper but oppose copper mining in northeastern Minnesota?

The next time someone tells you that if you support clean energy or use a computer then you must support PolyMet and Twin Metals, politely correct them.

The world is in no danger of running out of copper and has plenty of reserves on hand. If copper mines were to open in northeastern Minnesota, the metals they produced would barely make a dent in the global supply chain. Further, investing in more robust e-recycling programs would make copper cheaper to produce than traditional mining. 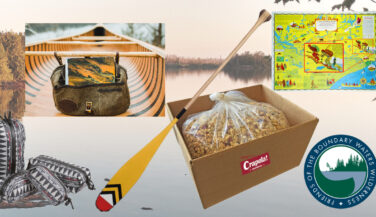 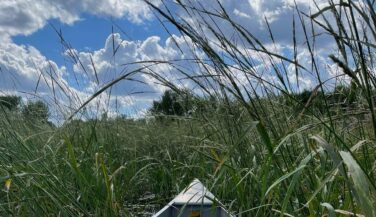 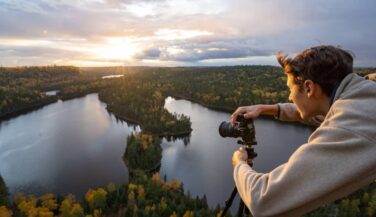